Natasha Reaves
Thank you for attending my Creo Legacy Datums Webcast. If you missed the live webcast, you can view the recording here. https://resources.rand3d.com/creo-tips/rand-3d-webcast-working-with-legacy-datums-in-creo-parametric-4
I had several questions asked during the webcast which I have answered below:

Question 1: Is that "Create DFS option" new since Creo 5?

Question 2: How many differences are there for Legacy Datums between Creo 3.0 and 4.0?

In Creo Parametric 3.0 (and earlier versions), a Set Datum was created as a property of a plane or axis feature. These referenced were either selected from existing references or created in the drawing.

In Creo Parametric 4.0 (and later versions), a Datum Feature Symbol is created as either a standalone annotation or inside of an annotation feature.

It appears you were able to add DFS to the model, why didn't you show annotations in the drawing?

Ideally, I would show the annotations in the drawing. What I wanted to demonstrate in the presentation is that you can add a datum feature symbol to the model or in the drawing.

If a DFS is created in Drawing mode, do they exist only in the drawing, or will it also exist in the model?  Does it matter which mode it's created in?

What are the impacts of not converting?

A DFS (datum feature symbol) created in Drawing mode exists only in the drawing; it will not exist in the model. If you want the flexibility of changing the references to affect both the model and the drawing, create the DFS in the model.

The impact of not converting to DFS in Creo 4.0 (and later versions) is that if you need to make changes to dimensions or geometric tolerances, you will first have to associate the dimension or geometric tolerance to model geometry, which is why we need to create a datum feature symbol. Also, the older method of using set datums is based off of outdated standards. You will be required to convert legacy datums to comply with the latest design standards.

In Creo 4.0 why would the rotate datum be grayed out?

If we are referring to the

button in the Additional Text group of the Datum Feature tab, you must enter text in the text field (make sure to hit <enter> key afterwards) in order for the button to highlight as shown.

How do you attach the DFS to a feature dimension in the model?

I'm new to Creo, why does it seem so difficult for such an easy operation?

A great question. I will say that as with most operations in Creo, there is a process. The process typically does not change much between versions. As the basic concepts are more important than the commands required to perform a task, in time you will be more comfortable with the process.

How do you get the dimension to show up?

I am not sure of the context, but you can show dimensions in the drawing using

And you can display dimension in the model tree by selecting

I think they was already stated but I wanted to confirm. If I am using an older drawing that uses ASME Y14.5 1994 per the drawing, will I have to use a CREO version prior to 4.0 in order to edit any of the datums or to create new GDT off of the legacy datums?

On a drawing I made recently, I got a duplicate datum name error.  But the way we do our drawings I need the ability to have datums A, B, and C in multiple parts shown on the same drawing in order for the tolerance notes to make sense.  Is that error message telling me that I have multiple datum C symbols on a particular part (which is something I don't want and thus is a useful error message) or is it warning me that I have multiple datum C symbols per drawing (and if that's the case is there a way to disable that warning?).

The following is the response from the attendee who asked the above question:

I figured out a work-around: by creating the DFS’s in the part instead of in the drawing (the key step I was missing was showing the dimension annotations in the part so that I could then select them when placing the DFS), I was able to create a separate datum C symbol on each part and then show them on the drawing annotations without it complaining.  So it does allow multiple datum C’s, one for each part, as desired.  My mistake was I expected incorrectly that when I created the datum feature symbol in the drawing attached to a part dimension that it would become a symbol associated with the part.  But it was associated with the drawing view, not the part, and thus CREO was somewhat justified in its complaint that I had two datum C’s because they were both tied to the drawing (in their respective views), not to the parts.

In the newer style (Creo 4.0+), how are datum extension lines controlled/edited? They are currently displaying with a dashed line, and it needs to be a solid extension line.

This question will be addressed in an updated version of this blog.

Do the drawing mode options work if a combined state was used to create the drawing view?

). If the Annotate tab is not active, you will not see annotations in the tree, though they are visible on the drawing.

Question 14: Can we step through an example of troubleshooting a set datum that is placed on a datum axis that is at an angle/normal to current orientation plane?

This question will be addressed in a future blog. 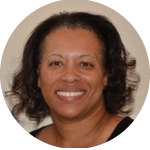 Technical Training Engineer<br><br>Natasha joined the company in 2000 and has extensive experience sharing her CAD expertise through delivering webcasts, contributing to blog posts, and leading training classes. She trains end-users with all skill levels on Creo Parametric and CATIA, and she collaborates closely with the company’s technical writers on courseware development. Before joining Rand Worldwide, Natasha served as a mechanic in the U.S. Army National Guard and worked as a mechanical designer for a multinational telecommunications and data networking equipment manufacturer. She has a bachelor’s and a master’s degree in Mechanical Engineering, and she holds certification from Dassault Systèmes as a CATIA V5 Expert Mechanical Designer and Certified Surface Design Associate. 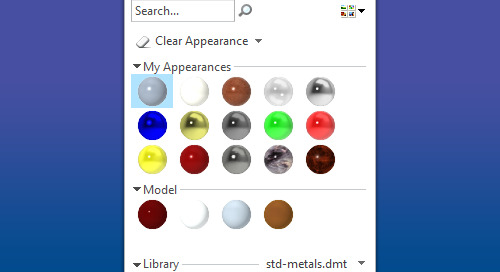 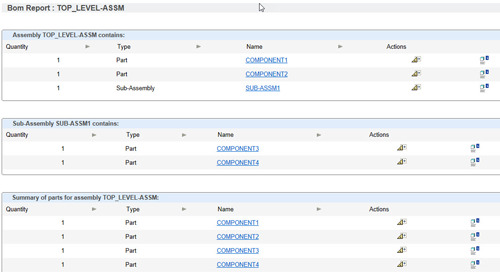 By Natasha Reaves In Creo Parametric, the Bill of Materials (BOM) is a list of all the components needed to... 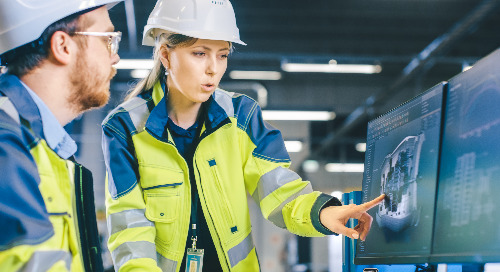 In this webcast John Carlson discusses: - Wall types available for creating Sheetmetal parts in Creo 8.0 - Basic options for each common wall type - Recent enhancements made to the flat/flange walls 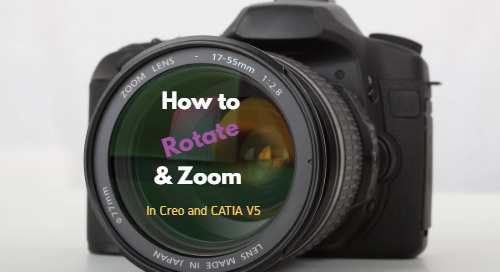 How to Rotate and Zoom in Creo and CATIA V5

Whether you are using Creo Parametric or CATIA V5, see how to rotate and zoom in each software program. 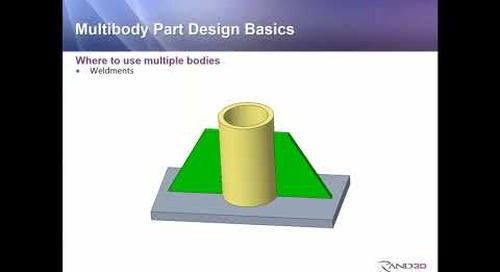 In this webcast, we look at the new tools added in Creo 7.0 to support multi-body modeling. 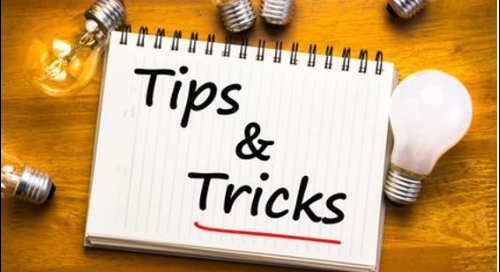 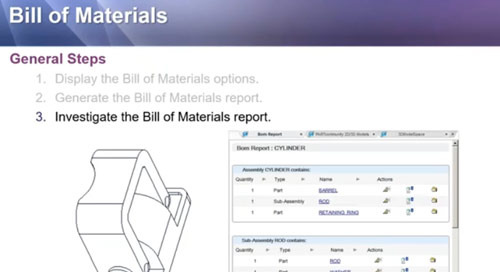 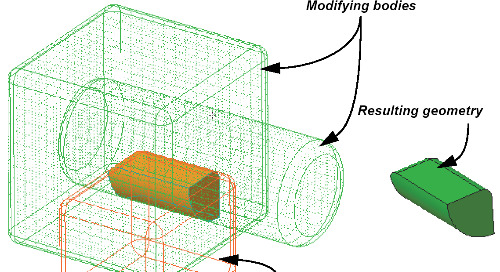 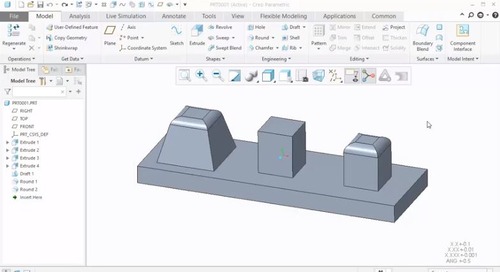 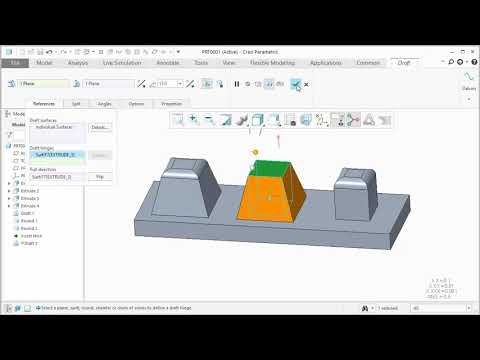 In this short video tip, you'll learn about the new draft command option added to Creo Parametric 5.0 that will make it much easier to add draft and rounds on your model. 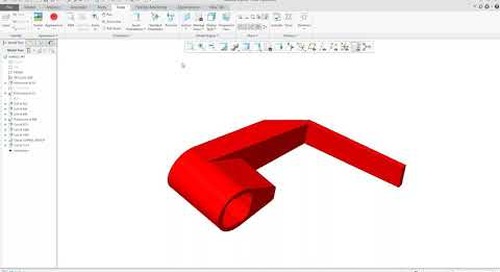 39:47
Adding and Assigning an Appearance State to a Model in Creo Parametric

In this webcast, Technical Training Engineer Natasha Reaves will cover the basics of how to add and assign an appearance state to a model in Creo Parametric. Creo Parametric allows you to customize 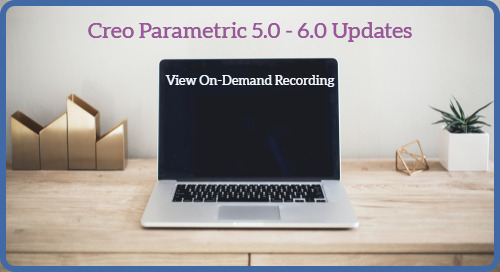 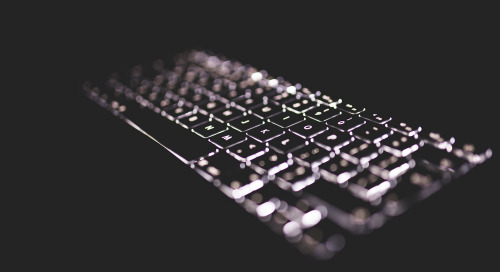 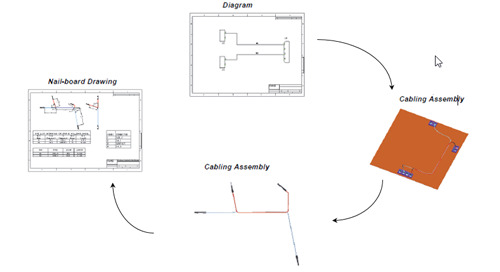 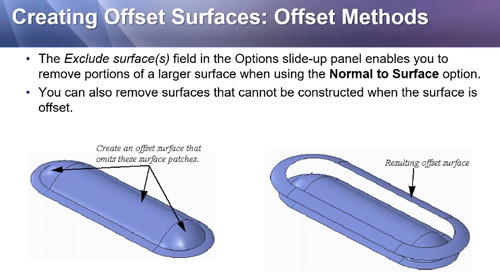 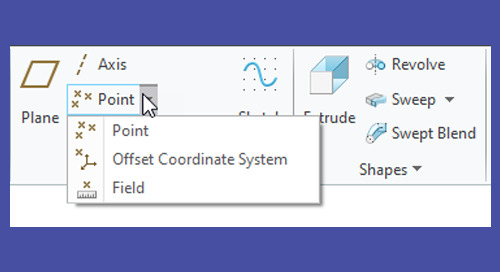 By Natasha Reaves In Creo Parametric a datum point can be used as a construction element when modeling geometry or as a known point for performing computations and model analyses. Datum points can... 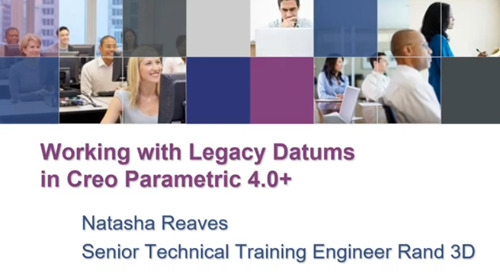 Learn the basics of how to replace set datums with datum feature symbols in Creo Parametric 4.0. 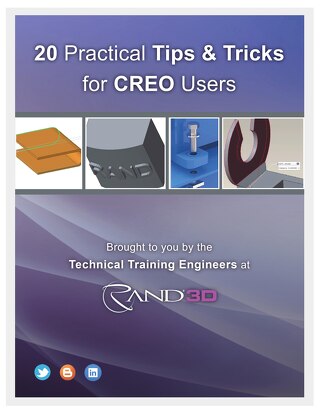 Get great tips and tricks on working with Creo everyday from our experts. Tips include: creating pattern tables using Excel, Spinal Bend, How to Scale Your Model, and more. 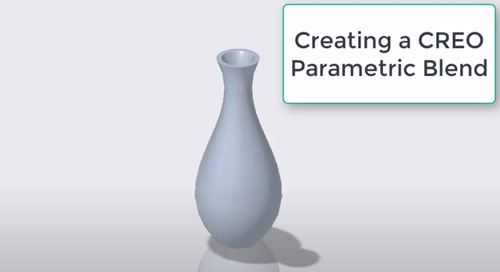